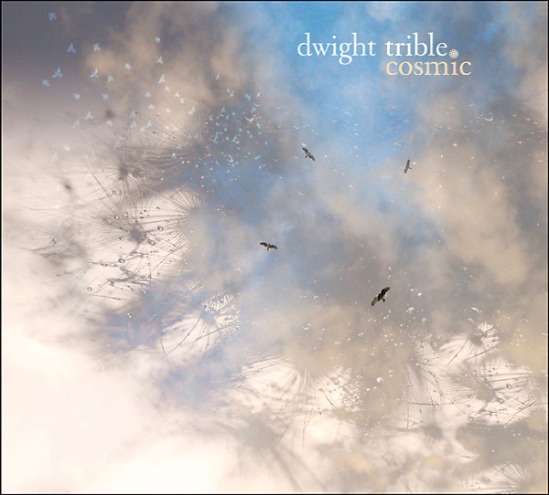 A spiritually resonant soul jazz gem from truly great vocalist Dwight Trible – whose handful of albums to his own name and his work with the Build An Ark collective and Life Force Trio have all been timeless, passionate and inventive – and this effort on the Katalyst label is as deep and rewarding as any of it! Cosmic reminds us of everything we loved about Dwight’s Living Water album a few years back, and this one may be even stronger. His yearning, soaring, soul shaking voice is stunning as always, and both the originals and the unique takes on the more spiritual material of legends such as Duke Ellington, Nina Simone and others is really great. He’s backed by stellar group of musicians that includes drummer Dexter Story, bassist Trevor Ware, percussionist Munyungo Jackson, John Beasley on piano and organ, George Harper on tenor sax and others. Includes “Speak To Us Of Love”, “I’ve Known Rivers”, Ellington’s “In The Beginning GOD”, “Love Is Forever”, “Little Afrika”, “Algeriangeles”, Simone’s “Hyku For Peace/Come Ye”, “It’s All About Love” and glorious, soul jazz take on the Five Stairsteps soul classic “Ooh Child”.

“Cosmic” is the long awaited recording by Dwight Trible, one of the most prolific vocalists of the time. This recording is the follow up to his critically acclaimed “Living Water” which made a big impression throughout the world. On Cosmic, Dwight brings an A-list cast of characters to bring forth his heartfelt expressions of love for human kind and for love itself. Musicians like Grammy nominee John Beasley and long time collaborator Munyungo Jackson help create the Cosmic landscape. Also noted are appearances by Kenneth Crouch, Trevor Ware, Dexter Story, George Harper, Kamau Daaood, Peter Jacobson, and Justo Almario. With a cast like this it is easy to imagine all of the musical territory covered in this recording.