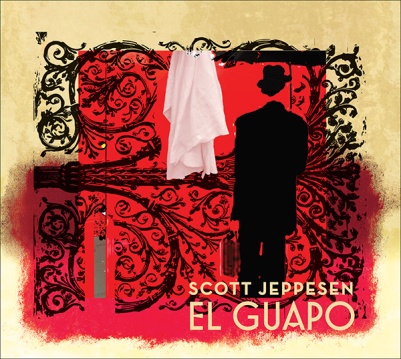 THE CHRONO-SYNCLASTIC INFUNDIBULUM HAS A HALF-DREAM ROOM

“How wonderful it was to love something without the compromise of language.” -Jim Harrison, from his novella The Land of Unlikeness

“I’ve called it the half-dream room since I was a boy, boxing in Louisville, and was knocked down and almost out in the gym for the first time… A heavy blow takes you to the door of this room. It opens and you see neon, orange and green lights blinking. You see bats blowing trumpets, alligators play trombones, and snakes are screaming. Weird masks and actor’s clothes hang on the wall.” -Muhammad Ali, from The Greatest: My Own Story

“It seems to me that your permanent contributions to civilization have been substantial, although the paymasters, being thugs, may never come to see that.” -Kurt Vonnegut, from Letters

That chrono-something-something sure is a mouthful, and what its inventor Kurt Vonnegut was trying to get at was “those places where…all the different kinds of truths fit together.” Among other things, he envisioned a place in the universe where anybody with any point of view, language, belief or background could stand and be understood by anybody else, no matter how alien they might seem to each other. Or that’s my best guess, anyway. With this particular assembly of musicians called Mouthful, we have a cluster-bang of backgounds to rival the Big Bang itself. Sax man Herman Green played with Lionel Hampton for eight years. He was in B.B. King’s band. He once backed up a nice gal named Marilyn Monroe. Jammed with John Coltrane. Willie Mitchell hooked him up with Charles Lloyd. He’s played with George Coleman. And Ratdog. He and Jimmie Vaughan played on each other’s albums. He was in the house band at the Blackhawk. He played with Wes Montgomery and his brother. Played with Cannonball Adderly at the Jazz Workshop. Played with both Newborns, Calvin and Phineas. And on and on. Fellow sax man Steve Mackay was and is in The Stooges, adding that hellacious, bullying tenor to Fun House, and pretty much single-handedly melding horns to punk before people knew what to call it or figure out if it was ok. (It was). Shake the family tree too hard and one of Queen Victoria’s bagpipers, Mad Angus Mackay, falls out. Steve has played with the Violent Femmes and Commander Cody and has a hojillion other sessions/tours/projects under his belt, one of them currently with The Radon Ensemble, besides being falsely declared dead (literally) by the media, always a plus. Trumpet man Willie Waldman met Herman Green in Memphis, honed his chops there and eventually the two of them formed Freeworld. When Willie went to California, within a week he wound up on a Snoop Dog album and later added some brass for Tupac. A few years later he met and played with Perry Farrell of Jane’s Addiction. Drummer Terry Saffold has played with versions of The Drifters, The Coasters and The Platters, as well as Isaac Hayes and Albert King. And Al Green. And Rufus & Carla Thomas. And (of course) Herman Green, on his Hernando Street Blues album. Which brings us to (always lower case– the shift key is NOT econo) bassist mike watt, of The Minutemen, fIREHOSE, The Stooges, Banyan (sometimes with Willie, Herman, and Calvin Newborn), and just too damn many other projects for any sane man. When you speak to watt about this project he goes off like the arms-wide guy on the roof in the movie version of The Grapes of Wrath demonstrating his sermon, only watt’s hollering about breath, breathing, lungs, brass, horns, hollering about how he hollered at Dave Aron (who mixed & played clarinet and wrote “Freeway” on this album) for putting too much bottom on the original mixes. Must have been a rather startling request to a guy who has mixed and engineered for Prince, Tupac, Snoop Dog and even U2: “Could we get a lot less of ME in everything? Huh? It’s about the other cats; the HORNS, dig?” There’s a mouthful right there, no?

Well ok, so the music, you know? I think you’re pretty damn smart or you wouldn’t have picked this up & read this far to begin with. So you’re probably of a mind that you’d rather hear it for yourself than have somebody describe what it sounds like to them. I had a blast with it and you probably will have a different blast because that’s the way it is in The Half Dream Room just off the Chrono-Synclastic Infundibulum, which is very near the cash register, actually. Everybody wrote something for the album. Of the nine tracks here the most any one contributor wrote was three. Willie does a beautiful elegiac sendoff for his pop, who joined the ancestors, a thing called “Dad’s Tune”. You can see the mystery train roll slowly past the bullring while the sky snows rose petals. There’s a mad, insistent driver from watt called “It Got Fit” with a truly manic horn line from the brass and led by Dave Aron’s clarinet. Terry’s “Just A Groove” is too modestly titled. There’s a Mardi-gras-friendly workout from Steve Mackay called “Speedball”, and to close everything out Herman takes the only vocals of the proceedings on “Wrap Yourself In Music”, a deceptive thing that might sound like an after-hours goof on the surface, but is just so damn joyous you finally realize how heartfelt and literal his invite is: It’s Herman as Santa Claus on your doorstep at four a.m. telling you there’s no chimney and teasing you until you let him in. -Uncle Ray