THE ARGONAUTS
Here Come The Argonauts 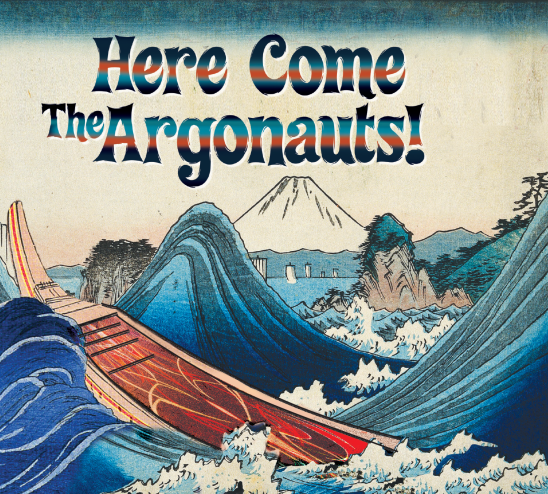 1. Creepy Crawlies
2. Let’s Dance Just Like We Did
3. The Essence
4. Ain’t Nothing New
5. Young Man Dies in the Holy Valley
6. Argo Dub
7. Burning Poppies
8. Jack and the Beanstalk
9. One For the Road

Produced and arranged by The Argonautts.
Recorded by Miho Miura at Rinky Dink Studios, Shimokitazawa.
Mixed and mastered by Shuji Kawase at Gumbo Studio.
Album Art + Design by Kio Griffith

Here Come The Argonauts! is the debut release by this instrumental quartet who concocts a post rock blend of surf, dub and psychedelic music. At times garagey and at times bluesy, the guitar and keyboard take turns layering melodic riffs, noisy fragments and colorful textures over the steady and solid rhythms of the bass and drums. The Argonauts always remain raw and spontaneous whilst hurling themselves through the crashing waves of rockn’roll’s rougher waters.

The Argonauts played their first gig in July of 2015 and have since endeared listeners and fellow musicians alike with their capricious and energetic performances. The members’ backgrounds in improvised and experimental music give the band their malleable, unpredictable sound.